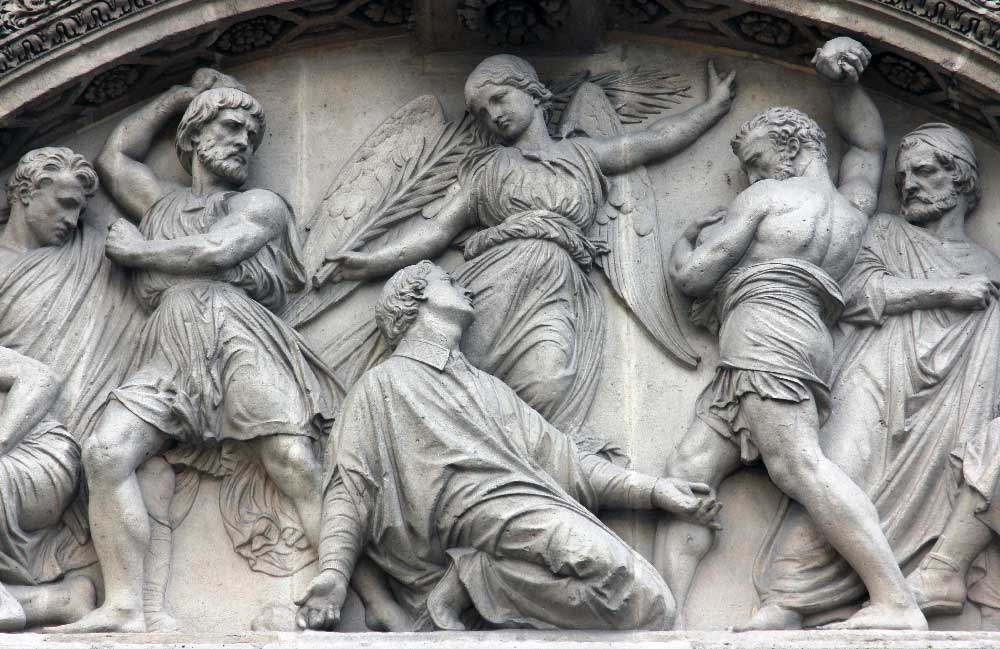 Dr Rob Collins reflects on the life and death of Ahmaud Arbery, who was shot dead while jogging in Georgia. He explores his grief and how God’s compassion, love and justice can and should play a role in our life today.

You know. I was supposed to preach a sermon today on a generous and forgiving spirit. That’s what was on the worship planning.

I just don’t know how to preach that sermon today.

We plan these things out far in advance.

I know this season we’re using the lectionary. So this is the scripture that landed on it landed on. The stoning of Stephen. One of the things I really wanted to focus on in that was this idea that that you can have someone like Steven this this follower of Christ. Who is being mistreated and in brutally hurt and yet he is able to follow Christ and be forgiving. Be generous with everything that he is.

And they’re there they’re experiencing difficulties in coming to grips with the amount of violence that takes place in our country.

What I’m referencing. What’s on my mind today is as I stand here and I tried to share a message with you I’m thinking about the life of Ahmaud Arbery.

This week it has come to light and it’s all over the internet anywhere you go. There is a video of him being chased down by two men in a pickup truck in, Georgia as they murder him.

And the idea that somebody could be chased down and attacked and shot and killed and if there could be video of it and that those people that do those things could not be held accountable for it — it’s mine blowing.

I don’t know what I would even do. How would I even process it? If it was my kids. They have been treated this way. I’ve been taken from this world like that. Friends.

People that I know like Dr. Livia Bakar who is posting stuff online, you know and she’s just writing something like “I’m just too tired”. She’s posting a picture of this young, 25-year-old man, who was killed because he was black and he was jogging.

And I’m finding myself trying to figure out. “How am I going to react to that? Like there are people like an old Professor mine and someone within our denomination, Dr. Jeffrey Haggray, who is writing about this online. Dr. Haggray was one of my professors for doctoral work. And he is the CEO of the American Baptist Home Mission Society.

And he is struggling with this. He’s writing he’s angry about it. He’s all these things and so I’m sitting here going, you know, I’m more than one emotion. Like I value the forgiveness in the generosity seen in the story of Stephen.

We live in a world, if you’re on Facebook at al,l like you get this like. People try to or or maybe, maybe computers are things try to tie us down to one particular emotion.

Something like this gets posted online and I have to decide whether to do I like it? I want to show them support that way do I. Do I love it? Do I love that person? Do I?

I love the people involved and I want to show them that I love them. Am I angry about it? Sad about it?

I have to choose. Which emotion do I feel? That is not very authentic. Because I’m not one thing. I’m not one emotion. I’m more than that.

There’s a story. Jesus tells a parable — you’ve probably heard it before — about a widow who wants Justice. An unjust judge, in the story. This this judge does not fear anything and he will not give this woman, this widow, her day in court. He won’t hear her voice.

But she refuses to be voiceless. She demands that he hears her and acknowledge her humanity. And so everyday she goes out and she pounds the pavement. And she makes sure that he knows that she’s there and she demands Justice. And eventually he confesses that even though he doesn’t respect men, he fears this woman.

Stephen stood in front of a crowd and told them the greatest news, the best story that had ever been told. He told them that God was actually with us.

And they stoned him to death for it.

And yes. He exemplified Christ in that moment. Yes, he forgave the crowd. He asked God to forgive them. Yes, he was generous in spirit and I want us to be that. I want you to be forgiving and generous in the way that you live your life, but I also want you to be real, and true, and authentic.

Maybe someday I’ll preach the sermon on a generous and forgiving spirit. But today, today I want each and every one of us to seek out what it means to be a just person. To be people of equality and mercy. To be people who stand with those who need it most.

I love you church. I miss you.

Pray for the family of Ahmaud. Pray for our bothers and sisters in Christ around the world. Around our country. Pray for everyone you know who is facing persecution and injustice in ways that we have yet to figure out. Yet to solve.